by Note Shop Thomas Street April 6, 2016
Long time NOTE rider Mark Kendrick has been out in South East Asia since the beginning of the year, and by the looks of things has been having the trip of a lifetime. Dom Henry caught up with him to get some more insight into his travels so far, skateboarding in Kuala Lumpar and his plans for the immediate future. 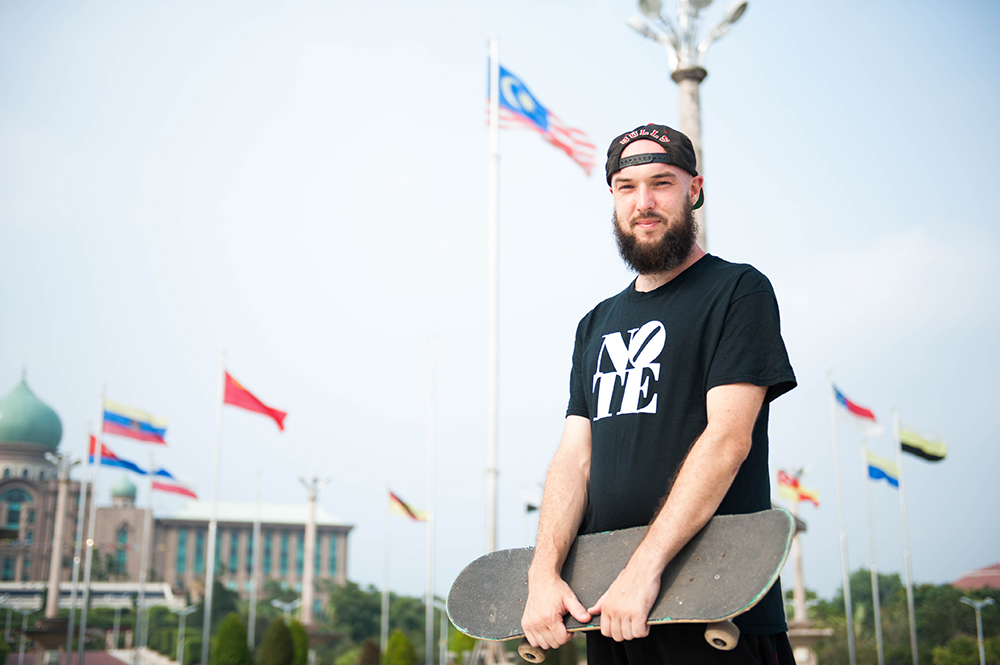 Kendo! By the looks of your Instagram you've been on a thoroughly fascinating tour of South East Asia of late, can you tell us the idea behind the trip and where you've been so far? Well the only real idea behind the trip was to have as much fun as possible! We worked like dogs for the best part of a year scrimping and saving but it was totally worth it. I absolutely love it here. The climate, culture, people and food (especially the food) are all ridiculously peng. Delicious rice is rife. Cambodian people actually greet each other by saying "have you eaten rice yet?", no lie. We started off in Sri Lanka but were only there for a few days then onto Thailand, Laos, Vietnam, Cambodia and Malaysia which we are leaving now. We've learnt having no concrete plan is the best way to do it. We normally go somewhere for a day or two, seek a vibe, then decide whether to stay or up sticks and move on. That way you aren't tied down to anything. There is too much hype surrounding some places, whereas other virtually unknown spots have been unreal. So you're in Kuala Lumpar right now and by the looks of things you've been skating loads. Was this always the plan, or did you decide to stay there longer than you originally thought? I came to KL 2 weeks earlier than originally planned just on my own as after some online searching I could see there was lots of spots that looked offensively good and I was going crazy having not skated in nearly 2 months. I booked the flight from Cambodia and then Kate would come join me once I'd got my skate fix. Who are you skating with out there? When I first arrived I went into WheelLove skate shop to get a setup. Zhafri, Amirul and everyone I met in there was super friendly and actually reminded me of the vibe in Manchester, no false pretenses and very genuine people, so that became my new crew and it worked out perfectly. 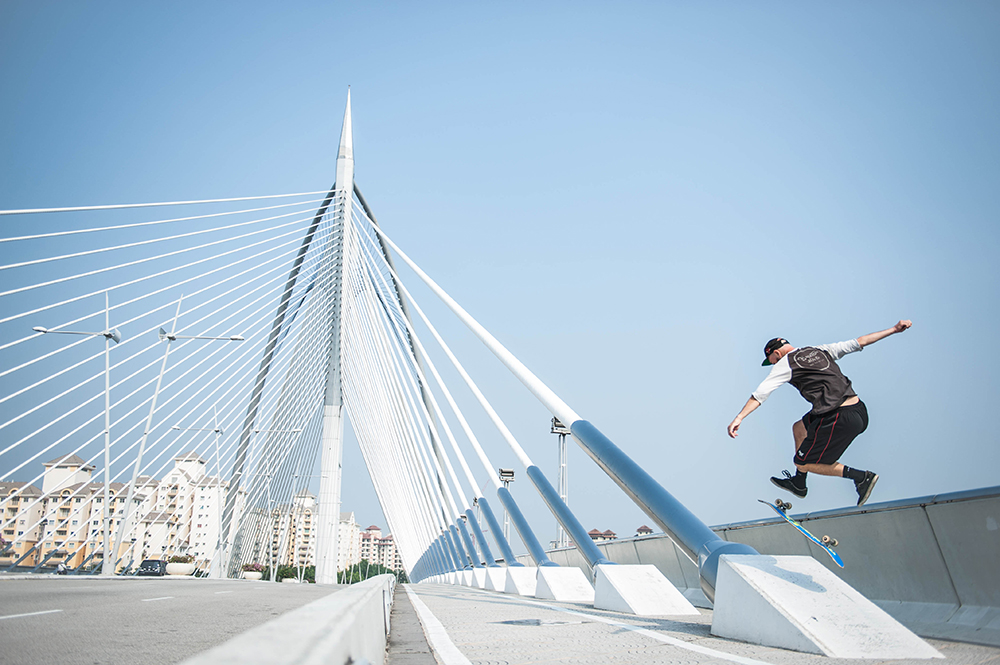 Have you found yourself in any gnarly situations on your travels? The only really scary thing that happened was when we were on this really tiny island called Con Dao which is off the south coast of Vietnam. You can ride the circumference of the entire island in an hour, small ting. A couple of days after arriving we were on some hired motorbikes exploring around the island on the coastal road which weaves in and out of really steep cliffs on the edge of the sea. The wind was getting really gnarly and blowing us all around the road. There was huge gust of wind which felt like being hit by a hose of water from a fire engine, so I had my head down and both feet dragging on the floor trying to navigate around a bend. When I came out of it and the wind had calmed down I looked behind and Kate was just gone, nowhere to be seen so I was sure she'd been blown off the side. So I turned around and went back whilst frantically looking around to see her then there she was, sat still shaking her head laughing! She had stopped and was calling me but I couldn't hear because of the deafening wind. Later that night I was talking to a local guy and he said no one goes up there in high winds as there's been a few people who have been blown off and died on that same road! So deep! Could easily of been peeled out. Where the hell did you run into John Cardiel? Couldn't believe it when i saw that photo! Yeah he was Djing at the Vans 50th anniversary party in Kuala Lumpur, he actually walked up to me and said "Hey I'm John" probably because I was staring and smiling like a lunatic! He's just how you would want him to be, so humble and full of good vibes. Meeting your hero can sometimes be a disappointment especially if you form strong preconceptions of them. Not the case with Cardiel. Where are you going after Kuala Lumpar? I'm actually on a plane to the Philippines as I write this! We start off in Manila then move onto some of the surrounding islands for 3 weeks then fly to Sydney to begin the Australian chapter. Can't wait to get to Melbourne and be re united with Louie B for some shred doggin. 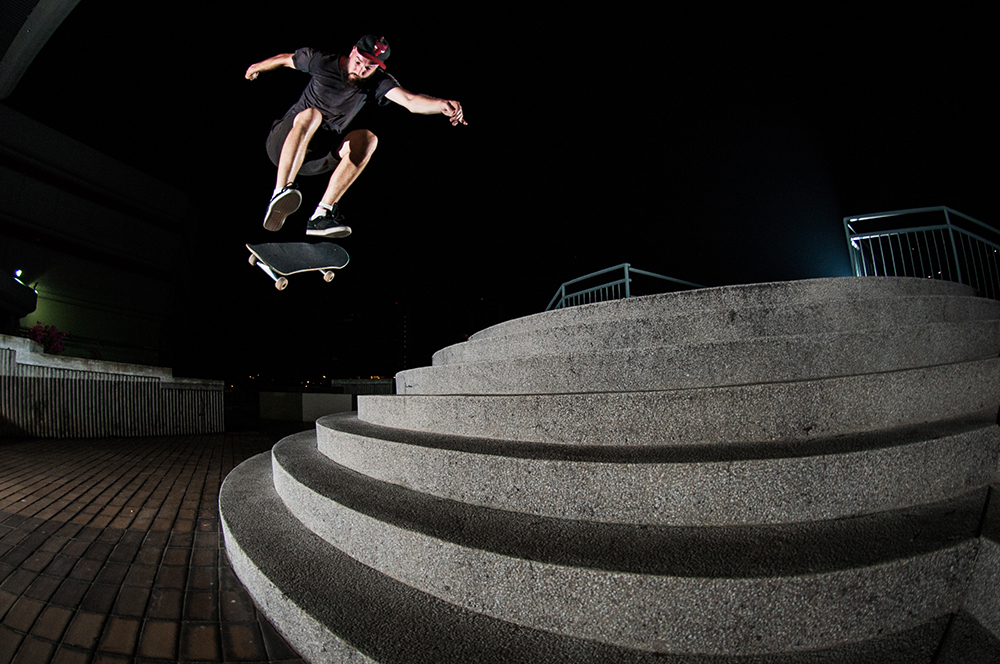 You've always been the most musical of the NOTE team, with a history of playing with touring bands like The Underground Youth and Base Ventura and a collection of unusual instruments. We haven't heard anything from you for a while on this front, are you finding any musical inspiration on your travels? I've got an increasing number of instruments on my future purchase list inspired from seeing locals busking in the streets. I just wish I could of recorded some that I had seen, honestly such amazing performances on so many occasions. India was the best for that when I went in 2014, I had a sitar lesson off the son of Ananda Shankar, was amazing, listen to Streets Of Calcutta if you're not familiar with his work, any skater will recognise that one. Did you take any instruments out there with you? I actually sold my guitar and pedals and lots of other stuff to help finance this trip! Had to be done. I'll have a noodle on a guitar if I'm round at someone's house but that's pretty much it at the moment. That's one of the only home comforts that I'm actually missing, apart from chip butties. Really looking forward to having somewhere where I can write, play and then record some new music, I've lots of ideas I'm keen to get going on so watch this space. I was really stoked on the full part you put out last year, can we expect any footage to crop up from your current travels? have you got your girlfriend filming fisheye like you did when you went to New York? Haha I haven't had Kate on filming duties on this occasion, she put in good time in America though and totally nailed it. When you gotta log you've gotta log right? Amirul has filmed all the tricks in this interview and a couple of others for his project, a local Kuala Lumpur vid which should be out soon. 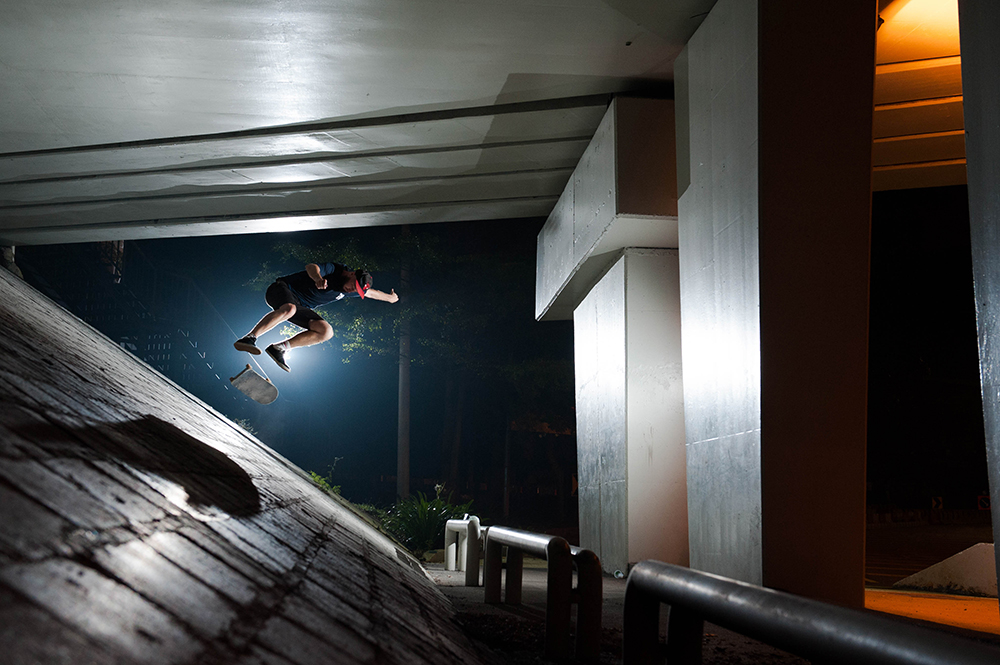 Are you ever coming home to Manchester? I genuinely have no idea when I'll next be back in the UK! I've got a 12 month working visa for Australia, going to set up camp in Melbourne which has such an amazing scene and see what happens there. Splodge can you please organise a NOTE trip out here for everyone? Maybe just stay for a few months? Rad, sorted then. We miss you Kendo , I hope you enjoy the rest of your travels ! Is there anyone you'd like to thank? Massive thank you to Zhafri and Amirul for putting me up whilst in KL, Ameer for shooting all these photos, Aiman, Splodge and everyone at NOTE, Jerome at Out Of Step, the whole Manchester scene and my girl Kate. Safe! 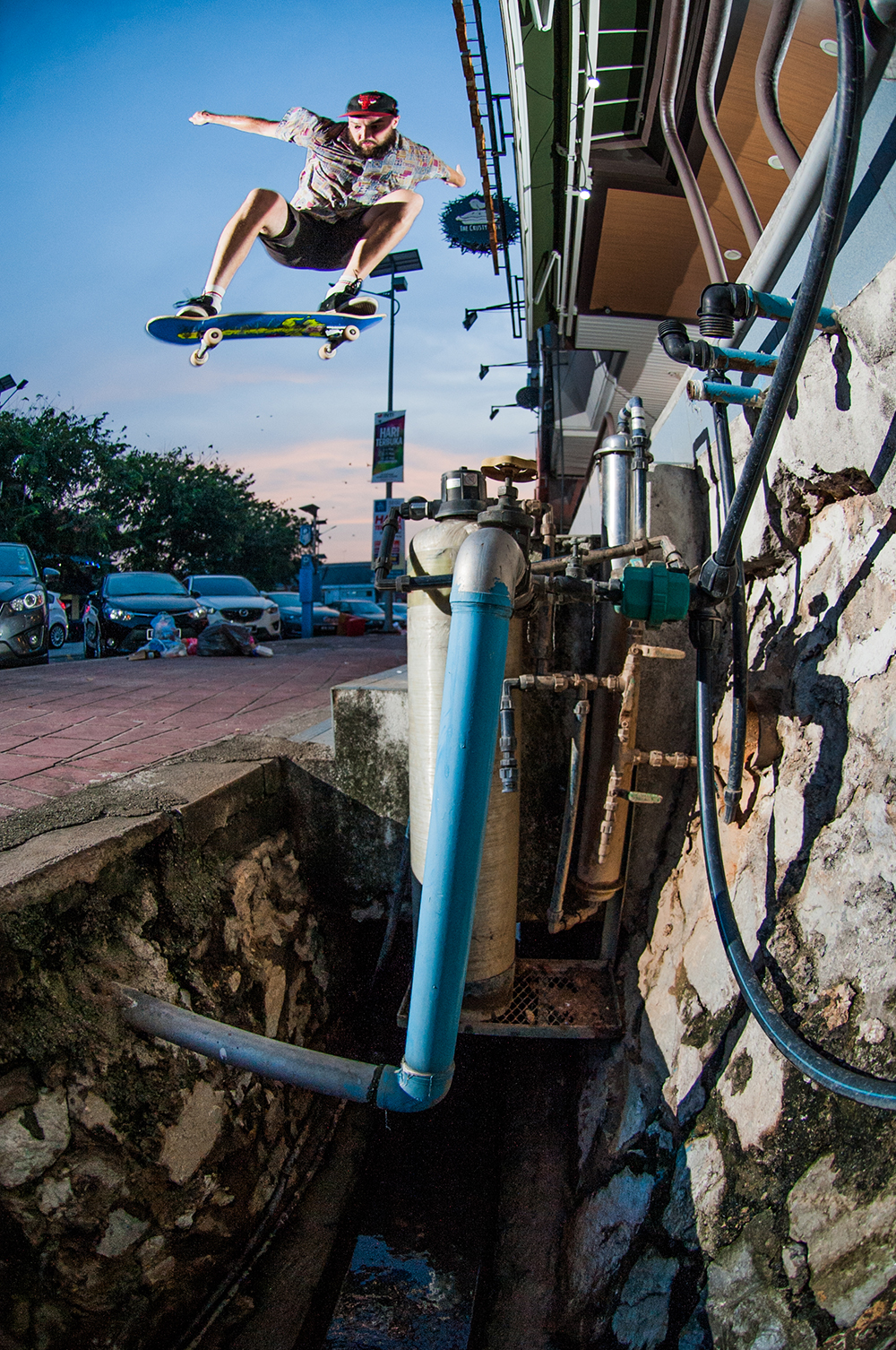